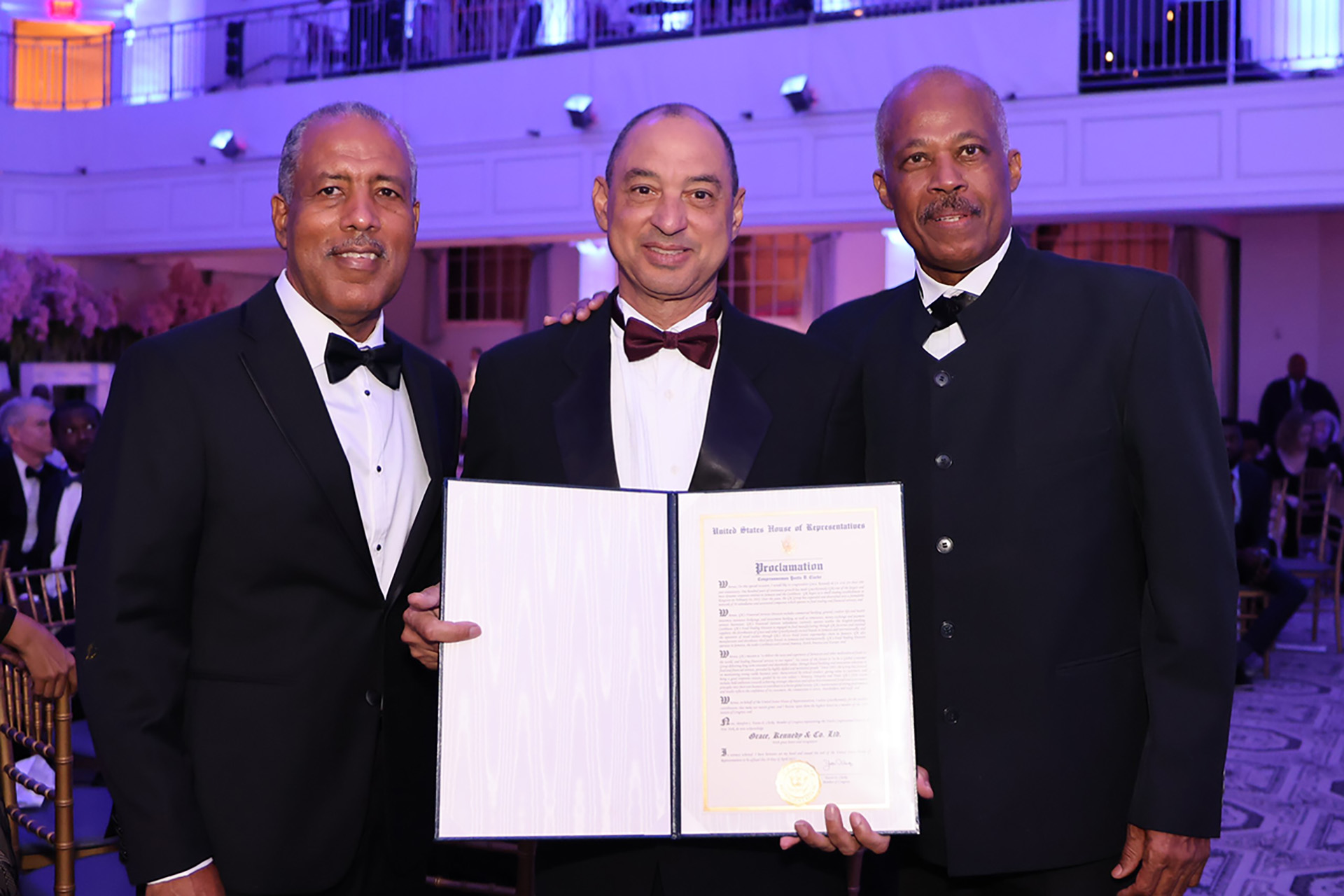 L-R: Chairman of GraceKennedy Limited, Professor Gordon Shirley, GK Group CEO, Don Wehby, and Vice-Chancellor of the University of the West Indies, Sir Hilary Beckles at the 2022 American Foundation of the University of the West Indies (AFUWI) Annual Legacy Awards Gala on April 21 in NYC. Wehby is holding the Congressional Proclamation from the US House of Representatives received by GK in recognition of its 100th anniversary.