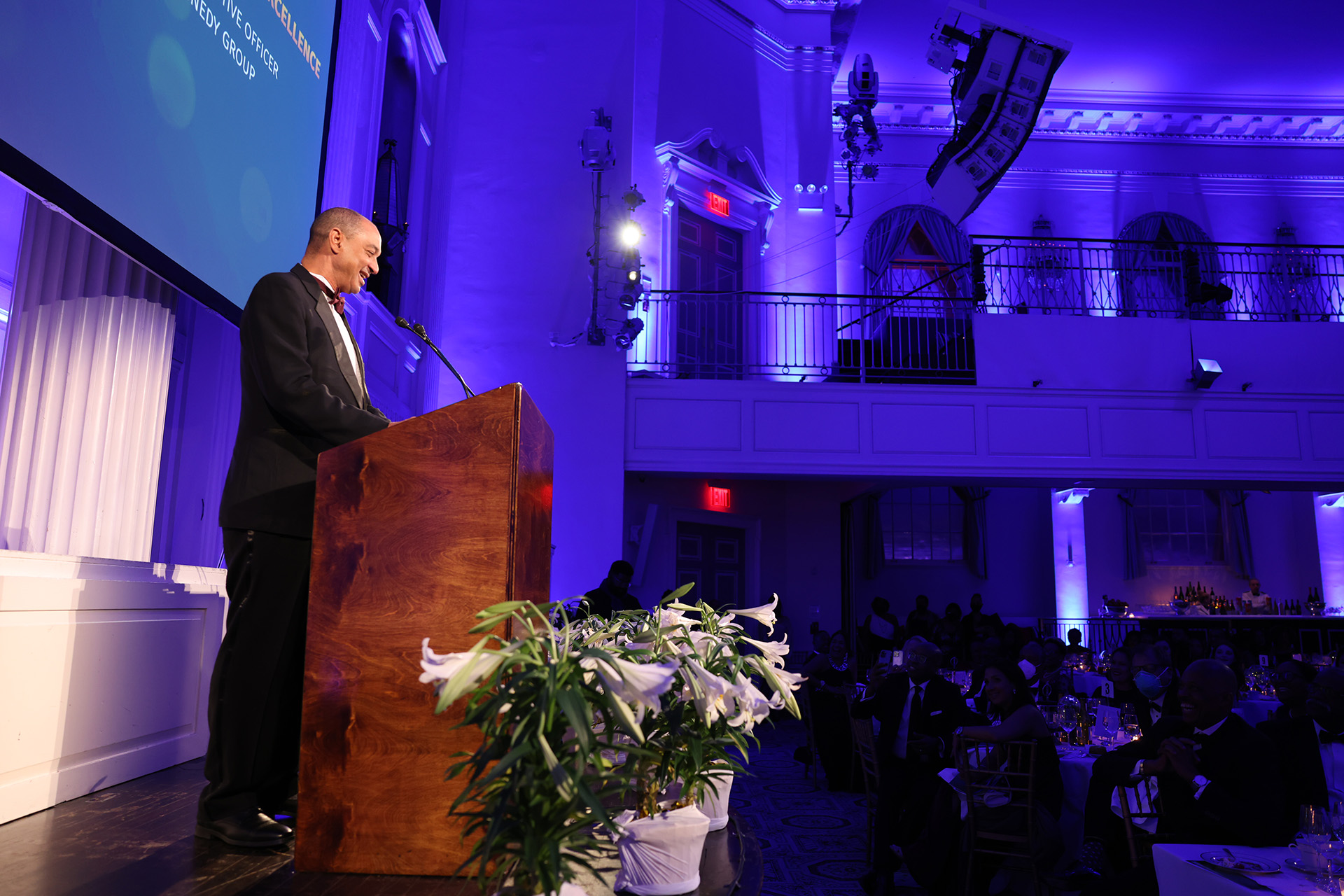 GK Group CEO Don Wehby addresses the audience at the 25th Annual Legacy Awards Gala of the American Foundation for the University of the West Indies (AFUWI) at the 583 Park Avenue banquet hall in Manhattan, NYC on April 21. At the gala Wehby received the AFUWI Chancellor’s Award for Excellence in Global Business Leadership, and the GK Group received the AFUWI Corporate Award for Global Business Leadership, and a Congressional Proclamation from the US House of Representatives in recognition of its 100th anniversary.