The GraceKennedy (GK) Group has announced the appointment of Steven Whittingham as its new Head of Digital Transformation, effective August 1, 2020. The role will see Mr Whittingham assuming leadership of GK’s digital transformation strategy, guided by GK’s new Digital Transformation Steering Committee. The Steering Committee will be chaired by GK Group CEO, Don Wehby, and has been charged with overseeing the advancement of the digital agenda across the GK Group locally and internationally. Whittingham will also continue to serve in his role of Chief Operating Officer of the GraceKennedy Financial Group (GKFG). 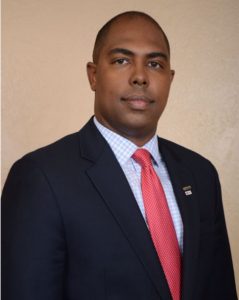 “Steven has been a tremendous asset to GraceKennedy, having joined the Group in 2013 with an impressive track record in investments and economics. He has leadership responsibility for several areas within GK and has risen to every single challenge. I am confident that he will achieve similar results in this critical area of GraceKennedy’s strategy, which has become even more crucial given the increased reliance on digital solutions in our new normal,” said GK Group CEO, Don Wehby.

Whittingham joined the GK Group as President of First Global Financial Services Limited (FGFS). He has also served in the role of Managing Director of GK Capital Management and Chief Investment Officer of the GK Group. He holds a BSc in Systems Engineering and BA in Economics from the University of Pennsylvania and received his MBA from the Harvard Business School.

Expressing enthusiasm about his new role, Whittingham commented, “The last few months have shown how rapidly the business landscape can change, and how important it is for GK to leverage opportunities presented through digitization. The work at GK has already begun, and I am ready to take the lead and ensure we are well-equipped for the future. Especially within GK’s financial business, the future is digital.”

Digital transformation is a key strategic growth and performance driver for GraceKennedy, which will maximise the Group’s efficiencies and competitiveness, increase its agility and innovation, and provide convenient end to end solutions for consumers. “Whether you effectively reap the benefits of digital transformation can make or break a business. The time to tap into expanding opportunities in the digital space is now, and we must strategically execute GK’s digital expansion for the benefit of the entire business,” Mr Wehby added.