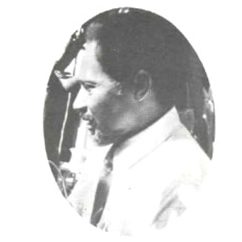 The year was 1979. The society was drenched in tension, crime was rampant. There were wanton and senseless killings. The socio-economic conditions of depressed areas, like an insidious cancer, seemed to be the root of suffering creating some of the conditions which breed crime and undermine the dignity of the human spirit.

On the one hand, the world of the depressed, rampant unemployment, lack of opportunities, wasting of opportunities, little or no income, forcing large numbers of Jamaicans to survive in unsanitary, sub-human conditions not fit for animals – overcrowding, roofs which were not roofs, roofs which provided shade from the sun but permitted a view of the moon and the unwelcome passage of the rain. In all this, men and women of all ages found love or sexual satisfaction with the consequential unwelcome or unsupported pregnancies and the birth of malnourished young Jamaicans in those squalid, stench-filled, life-stifling conditions.

They learned to fend for themselves early and by the time they were teenagers, those who may not have escaped, were ready to venture into the other world to beg or demand by force or otherwise what they needed for their daily survival; by now also some would have become “Baby Fathers” or “Baby Mothers”.

On the other hand, there was the other world. The world of hard work; application of oneself to achieve; of opportunities for education, of average homes and good houses where children are cared for, nurtured and given a chance to realize themselves as God’s creation. This was the Jamaica we knew. This was the world where individuals worked hard and felt quite correctly that they deserved the right to enjoy the fruits of their labours.

It is important to pause and reflect – It is our inalienable right to work and achieve and to enjoy the facilities resulting from our achievements – but we also should accept the undeniable responsibility to help to create the conditions which will enable us to enjoy those rights.

The stage was now set for the unfortunate Drama of Life to unfurl – citizens from the world of the depressed driven by a negative destructive process which had been their only life experience, crossed over “THE BRIDGE” into what they described as “Fi dem world”. They robbed and pillaged by night and day’ leaving in their disastrous wake lifeless bodies of productive men and women – orphans and widows – all victims of an estranged society.

In turn the security forces of our world crossed over “THE BRIDGE” into ‘Their World” and legally destroyed what they would, leaving behind lifeless bodies of potentially productive men and women – orphans and “Baby Mothers” and “Baby Fathers” – all victims of an estranged society. Two different worlds, yet suffering the same pangs of senseless pain. On two such occasions we of Grace, Kennedy & Company Limited, lost two of our colleagues in the most wanton, brutal and senseless murders experienced in that period. Our consciousness was “seared”. The long painful fingers of those tragedies plucked at our heartstrings. After the mental anguish and confusion cleared – the idea emerged – COULD WE – DARE WE believe that we might change the relationship between our people. Could we attempt to build a Bridge of Human Care and Understanding between two, these two – oh so different worlds – to replace this bridge of destruction and waste with a bridge that would enable the developed to understand and help the underdeveloped while on the other hand to help the underdeveloped to know and to understand the developed – there would, in fact, be a giving and receiving on both sides. If it were possible, it would be a lifetime of dedicated sacrificial and laborious effort, but we had to try.

And it made good sense too. ECONOMICALLY – economic growth and prosperity stands a much better chance in a stable and settled society. SOCIALLY – social interaction of varying strata of society enhances social harmony and ultimately the unity we are so desperately seeking. And for Christians, it put flesh and blood to the belief that we are our Brothers’ keepers.

An instrument had to be created to provide an army of volunteers who would personally work in the respective programmes. Membership would therefore be open to all members of staff in the GraceKennedy Company – with the primary objective of identifying the depressed communities in the immediate surroundings of the respective companies. There would therefore be personal interaction between employees and people outside of the company. It was agreed by our Chairman that all employees would be considered for time off from work, to assist in any community programme, provided that their absence would not affect the result areas’ of the job. This would include everyone from the top executive to the humblest member of staff.

It was critical that we as Jamaicans accept the responsibility for our own development. It was therefore urgent that membership be speedily expanded to provide the two most important ingredients –

Our membership target was two thousand and we started with a registration of close to five hundred members.

Financing
The Foundation would therefore be funded by –

An integrated management structure was absolutely vital. The corporate structure would be represented by a board working along with annual elected representatives of staff.
Board Sub-Committees would cover vital functions, including

The objectives were broad. The Foundation had to be a significant instrument in community development. Each company within the group and their staff would make a direct and personal input in the development of the communities around them, in order to help in the process of creating stability and to :

In all this we would serve from within their communities. We would be at “HOME” in their “HOMES”.

At this point it is imperative to recall that the Grace and Staff Community Development Foundation would never be a reality had it not received full and personal support from our Chief Executive Officer, the late Honourable Dr. Carlton Selwyn Alexander who described the Foundation as one of the most important developments in the history of the company. He ensured an atmosphere of receptiveness from the very top of the hierarchical structure, himself being one of the very first contributors and taking an active interest in all our activities, directly or indirectly. He would sometimes just call to enquire “What’s Happening?” or to get further information about some project mentioned in the news-letter of Grace News.

The Grace and Staff Community Development Foundation would be the candle to lead the way to an acceptable new process in which we could help the developmental process. Other companies would be encouraged through the success of our efforts to form foundations to operate along similar strategies as ours. The private sector individually and collectively would then begin to make a more effective contribution towards disadvantaged communities in our country.

Our Foundation has now completed ten years of devoted service to the development of our country and in the process initiated a most profound, quiet, and dynamic process of assistance. The change has begun. A change which has improved human relationships in many areas. We have indeed had a measure of success initiating the process of Building the Bridge of Human Care and Understanding.

My heartiest congratulations to the company and members of staff for their unstinting contributions of their time and talent over the years. The lives of many have been rescued from the brink of disaster and many have been changed from destructive to productive citizens. There is a greater level of reciprocal understanding between many of our people. Indeed, the Foundation has been good for Jamaica. May God give us courage, strength, and wisdom to continue to Build the Bridge of Human Care and Understanding. The task has really just begun.

This message, written in 1988 by Sam Richards, then an employee of Grace, Kennedy and Company Ltd., appeared in a special publication to commemorate the 10th Anniversary of Grace & Staff Community Development Foundation.