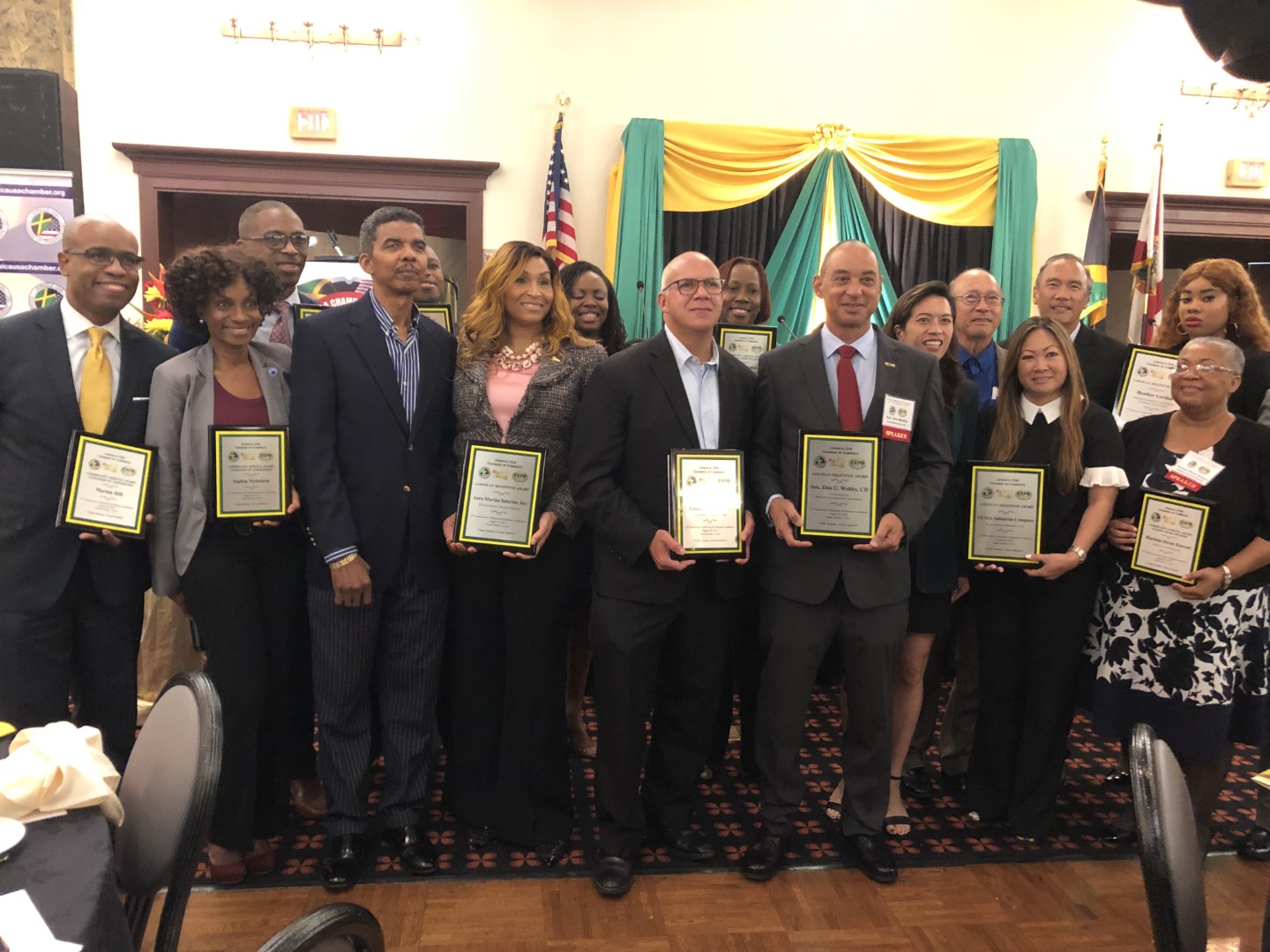 GraceKennedy Group CEO, Senator Don Wehby was among several Jamaicans awarded the ‘Jamaican Milestone Award’ at the 15th Conference of the Jamaica USA Chamber of Commerce, held at the Signature Grand in Davie, Florida on Thursday, August 29.

Senator Wehby, who was also invited to the event to speak on Jamaica’s economic development, said it was a good time to do business in, and with Jamaica. He shared indicators of what he called Jamaica’s “economic boost”, including an improved Fitch rating, record low unemployment levels, record growth in the economy and the significant lowering of Jamaica’s debt to GDP ratio. He further noted that business confidence is at the highest it has been since 2001, and that the Jamaica Stock Exchange is outperforming the world, with Jamaican stocks surging by almost 300 percent in 2018.

While outlining the encouraging advancements, the Senator was strong in his call that Jamaica had to work to tackle the issue of crime and corruption, so as to allow the positive trends to continue, and to enable Jamaica to achieve Vision 2030.

Underscoring the importance of the work of the Jamaica USA Chamber, as well as the importance of members of the Diaspora in contributing to Jamaica’s economic development, Senator Wehby encouraged all attendees and stakeholders present to do more regarding local direct investment, (LDI).

“Today, I want to encourage us to do more regarding LDI – Local Direct Investment. That’s where Jamaicans at home and abroad start to invest more in our beloved country. Can you imagine what would happen if all the passion we feel for Jamaica, was translated even more purposefully into investments?” he asked.

Among the Conference invitees and attendees were representatives from JAMPRO, the Jamaica Stock Exchange and the National Land Agency. The Conference served as a Trade forum, luncheon and business to business (B2B) matchmaker.  Also in attendance as the keynote speaker for the event was Jamaican-born architect, Gordon Gill, whose critically acclaimed and award-winning projects span the globe. Gill is also the Patron of the Houses of Parliament Design competition, recently choosing the winning design, suitably called “Out of Many, One People”, which will be built at the National Heroes Park.  Echoing sentiments made by Senator Wehby in his remarks, Mr Gill spoke to the importance of creating a better Jamaica for our youth, to give them good quality of life and access to opportunities.

During his remarks, Senator Wehby asserted that Jamaica is experiencing the best economic climate he had seen in his professional career. “Jamaica is moving in a very positive direction, where the stage is set for exponential growth. The business climate is ripe and right for investment,” he said.